Today i’m gonna show you how to remove and repair rust damage on your vehicle, now unfortunately

The car, a rock kicks up and chips the paint exposing raw metal over time that raw metal rusts

This is my 1995 ford windstar, which my family has owned since brand new it has over three hundred thousand miles

And you could tell because it has a couple of rust spots like this right here, which is repairable

The following rust is so bad. I could break this right off with my hands, and the panel is so weak it

It can’t be repaired. It has to be replaced so you’re gonna have to weld in your own custom Sheet metal, and that’s why it’s important to repair rust as soon as you see it.

So let me show you how to repair rust damage

We’re gonna stop the spreading of the rust and make it look a lot better the best part is you could do this at home by yourself.

Inexpensively using these products, so here’s everything that you’re gonna need and although it seems like a lot

You need to have your sandpaper, your body filler and your spray paint and most importantly you have your eye protection, gloves and your dust mask

This fix is worth thousands of dollars repairing but you’ll be able to do it yourself.

So let me show you how rust repair. It takes four simple steps

First remove all the rust with sandpaper

Next you’re gonna fill the area with body filler

and finally to prevent rust in the future finish the job by painting it now.

Spray down the area.This removes any wax dirt or oils so when we sand this down, we won’t contaminate the metal underneath

and one more thing we need to do before we start sanding since this is plastic. It doesn’t rust so let’s get it out of the way, so we don’t sand it by mistake 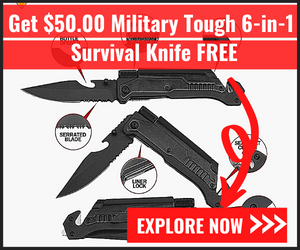 So this just pops out and we’ll move this down like that so it’s out of the way. Now we could grab our sandpaper and sand all this away.

So we’re starting with something that’s pretty aggressive so that we could remove all the rust and I’d like using a sanding block with my sandpaper which allows me to apply pressure evenly.

If you leave just a little bit of rust after your repair is done, it’s just gonna spread again, and you did all that work for nothing.

So take your time and be sure to remove every speck of rust all the way down to the bare metal.

You can see part of the technique is you want to sand past the rust. You don’t want to just stand on top of the rust. You want to go on to this clean sheet metal about an inch.

That way you know for sure that you got all the rust out around the damaged areas.

At the same time, you don’t want to sand too far up because you want to keep your repair area as small as possible.

but don’t worry we can easily patch these holes with adhesive body patch.

This stuff is like chicken wire which will go behind the hole, and then when we add our glass filler which is a fiberglass stranded filler.

Not only will it fill these holes, but it’s actually going to strengthen it to make it just as stronger. If not even stronger than before so when we’re done, you won’t even know there’s a hole there.

I’m gonna be using sandpaper and hand sanding this entire video because that’s something everyone could do.

Now after all that sanding and rust removal, this sheet metal is gonna be thinner and weaker than the good one.

So what we need to do is use a fiberglass strand filler which is going to give strength to this and also fill in all the little holes.

It’s gonna create a hump, and we want this to be flush so grab a hammer and Hammer the damage sheet metal inwards.

so we’re basically denting the sheet metal so that the fiberglass filler could fill this area and strengthen our panel.

Now if you’re not working on a large area like this and you just have a little small rough spot, you can grab a screwdriver and then hammer the screwdriver inwards into that little rough spot.

You don’t need to use a large hammer and create an even bigger dent and fill even larger.

We are done with the front of the panel, but one thing most people forget

So grab your 80 grit sandpaper and start standing away and just like we did in the front, back here we want to remove all the rust and get down to bare sheet metal.

And once you finish sanding clean the area, we could get it ready for paint.This is gonna be a two-step paint process.

First we’re gonna use the rust reformer. This paint will not only coat the bare metal but if we happen to miss any rust, it chemically bonds to that rust and converts it into a paintable surface.

After our paint’s dry, we’re gonna go and do the undercoating. The undercoating is a rubberized coating that goes on thick, there’s not only seal in the good metal but it’s rubberized so it won’t chip like regular paint when rocks kick up

and this is actually not a bad idea to do to prevent rust even if your car doesn’t have any rust.

So make sure you coat the entire wheel well and let it dry.

Now the whole wheel well is protected. Removing the rust and under coating the back of the panel is a very important step.

By doing that job, the rust doesn’t bleed through and eat the panel up again.

A lot of people don’t do that, and then you end up with the same rust issues .With that done we could get the wheel back on and lower the car to the ground

All right so before moving on to the next step, we have one more thing. We need to do and that is using the body patch to fill behind the holes and also rebuild this bottom corner.

it’ll support the filler and reinforce the sheet metal

Now we could fit the bumper so we have an idea of where the patch needs to bend.

So our panel is sanded down and completely rust free. It won’t rust again. The last thing to do is to clean the area with alcohol or an adhesive remover

After that job, we’ll have a completely clean surface for the next step, and that is applying our body filler.

=> Next step we’re gonna fill the area with body filler

What others said about this on social media ?

Richie Aprile said My girlfriend thought I was a complete idiot to even attempt this. Then I did it. And the results were amazing. ChrisFix fixed my relationship

Do you have any ideas or thoughts you want to share ?